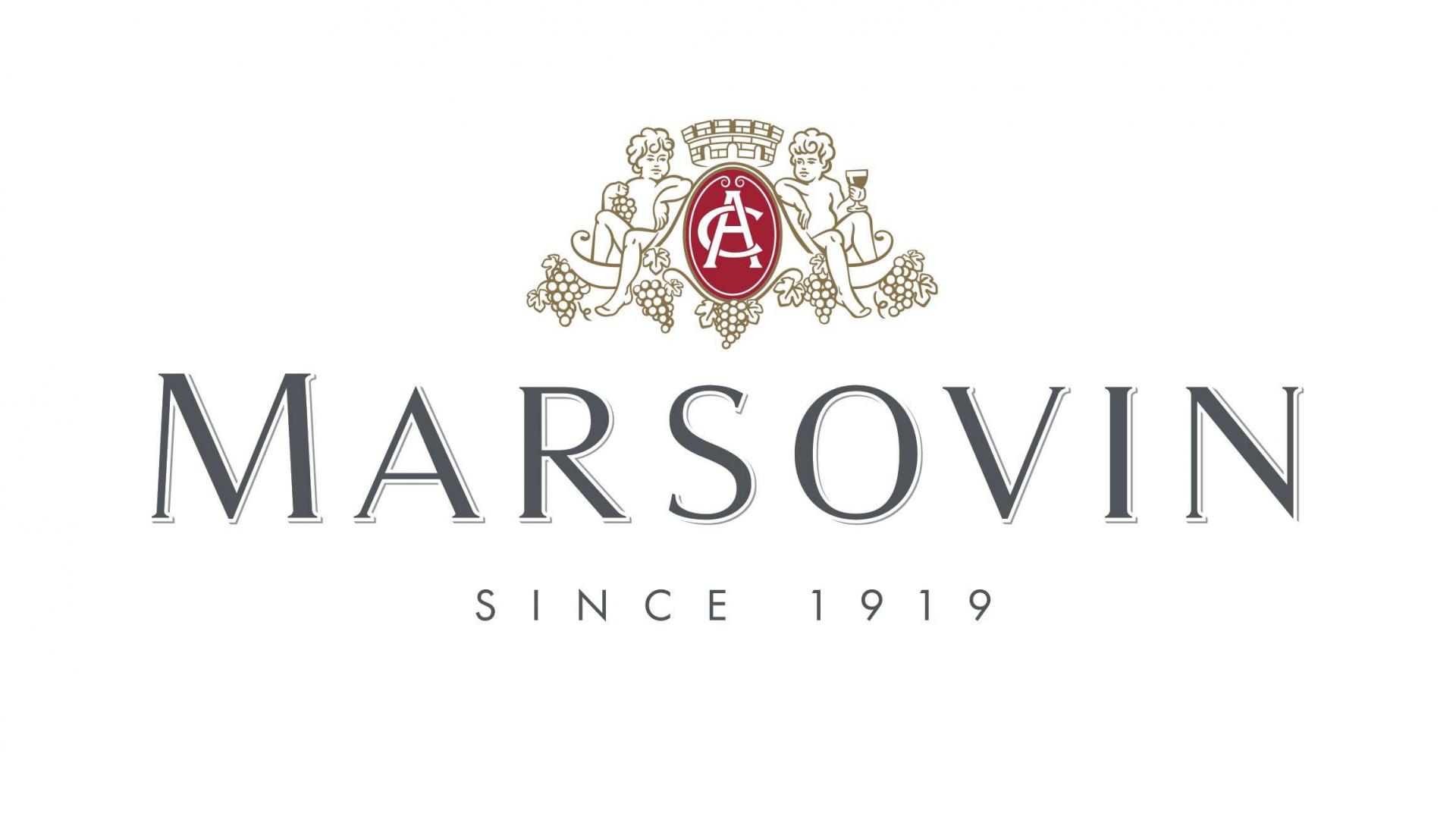 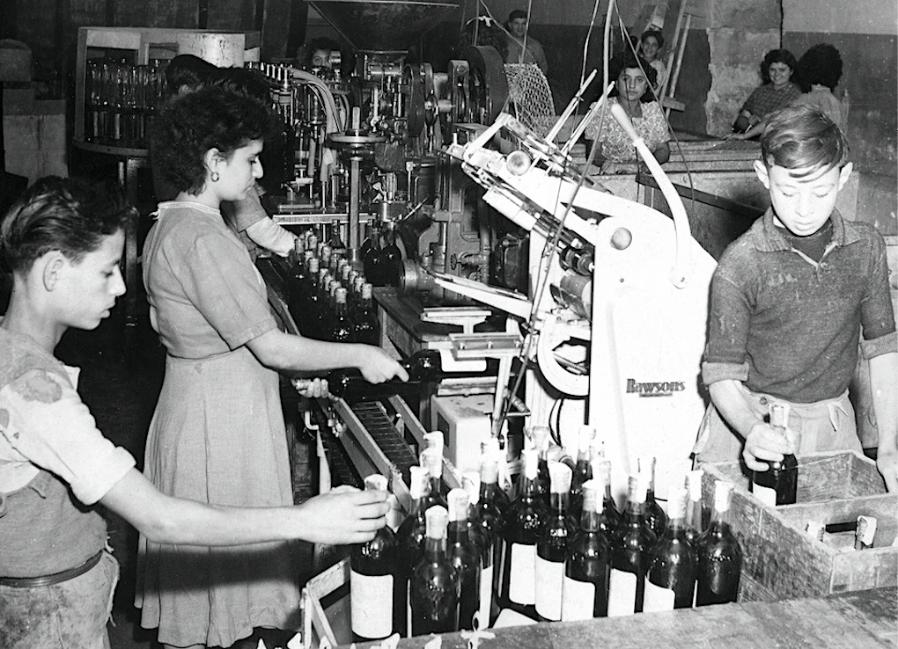 The Cassar family is listed as noble by Commendatore Abela in his study of Maltese surnames published in 1647. The first mention of members from the Cassaro family in Malta goes back to around the 1440s AD and originated from Syracuse, Sicily.1 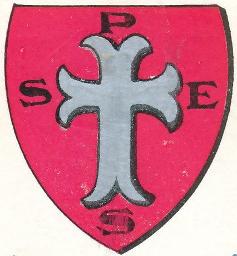 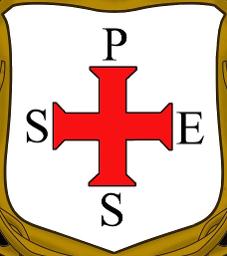 Two interpretations of the Cassar Family Emblem - SPES is Latin for Hope. The cross in the older variation is identical to those worn on the robes of several military orders at the time of the crusades 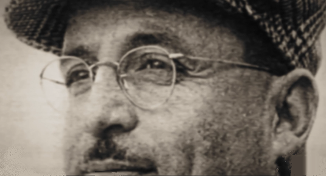 Chevalier Anthony and his brother George Cassar hailed from a family of merchants and originally started off by purchasing and reselling imported food items. Then in 1917, Anthony ventured into the wine business, selling wines imported by two established wine merchants, namely
Coleiro and Dacoutros.
In 1919, following the end of WWI, the brothers opted to start making their own wine, purchasing the required grapes from local farmers and selling their products by means of cart and horse. Distribution was originally confined to Qormi but eventually expanded to Siggiewi and Zebbug, both being in the immediate vicinity of their hometown.
In the 1930s Anthony and George went separate ways leading to the creation of Anthony Cassar & Son. After the end of WWII the firm, which still included the sale of food items along with wine, had become established enough to increment the business further. A premises was acquired in Marsa and a nearby flour mill was purchased later as an extension of the winery. 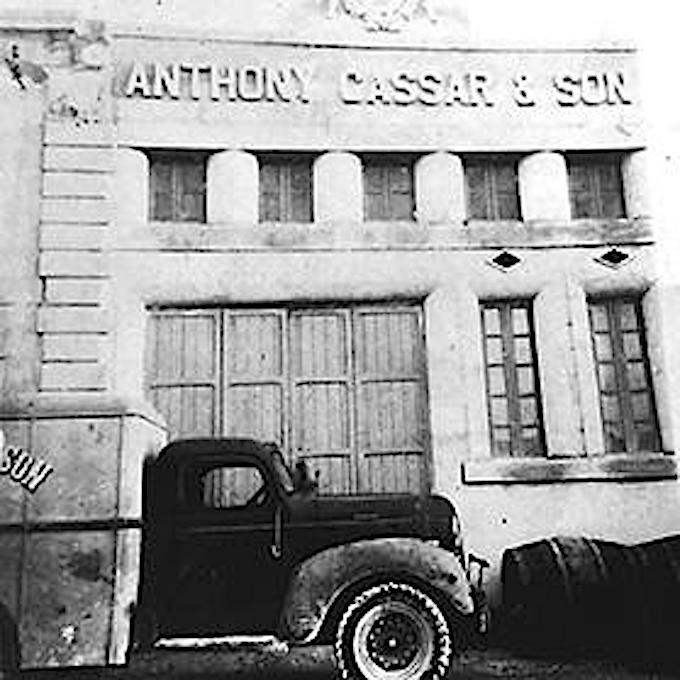 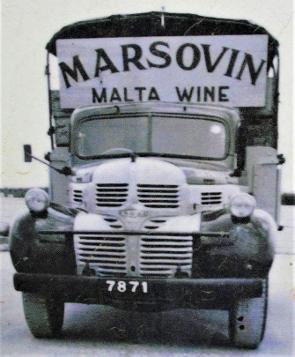 Left: The Premises  that would later become Marsovin Winery and a delivery truck.
Right: A Marsovin Dodge delivery truck. Dodge trucks were known as tas-Salib due to the cross-shaped chrome embellishment on their radiator grill, or Dutch, a local corruption of the proper name

Marsovin Truck Fleet in the late 1950s. Many such trucks were sold off as military surplus after the end of WWII and bought by Maltese individuals and firms. An American Dodge leads the group, followed by an Austin

By the fifties, horse-driven carts had been replaced by a fleet of trucks and bottles were introduced in favour of better hygiene and practicality. When Anthony's son Joseph joined the business, he opted to concentrate exclusively on wine production and sales, pioneering the creation of Marsovin Ltd. in 1956. The name is derived from Marsa, the location of the winery, and Vin (wine). This led to the engagement of seventeen employees within the bottling department, the implementation of temperature control, and stringent hygienic production standards.
During this period, most of the wine produced was still pressed from imported grapes. 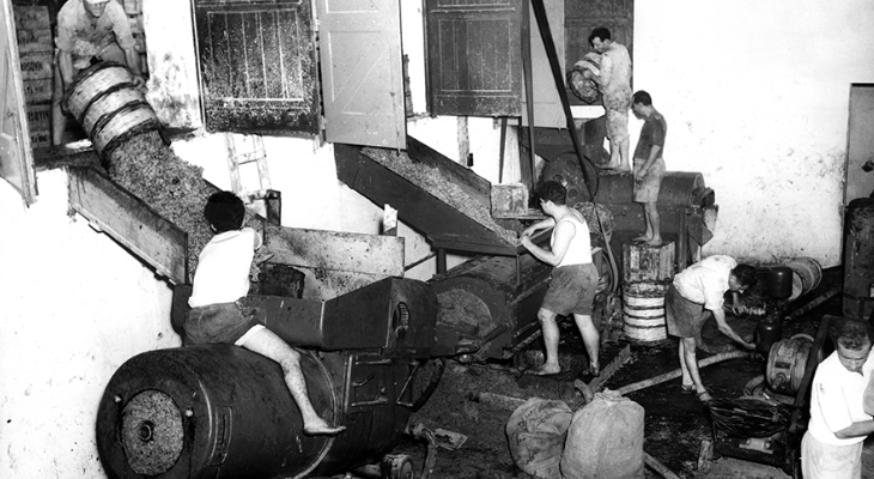 Wine pressing section at Marsovin Winery in the 1950s 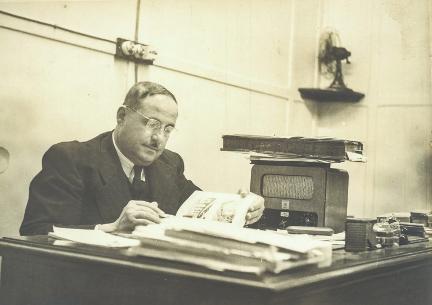 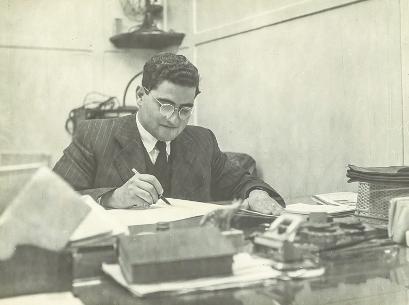 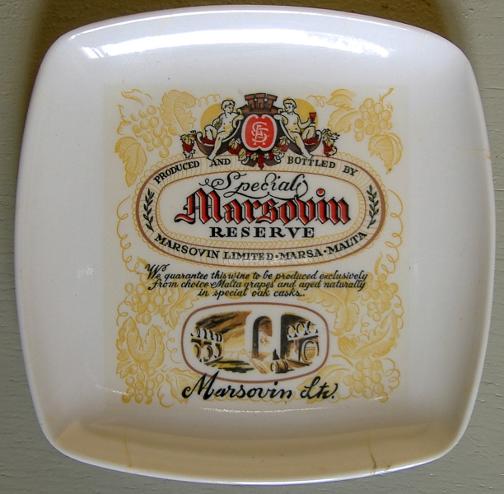 Another milestone was reached when Joseph's son Tony got involved in the business. Tony realised the importance for the winery to have its own estates and five large investments were made between 1992-2005 following the purchase of 199 tumoli land in both Malta and Gozo. As of 2022, Marsovin is run by Tony's son Jeremy Cassar, and is considered Malta's largest producer of premium wine, winning several gold medals in the process. The firm also produces olive oil from fruit harvested in one of its estates. 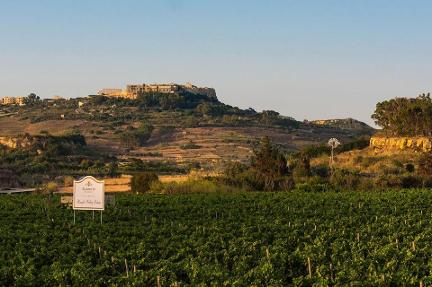 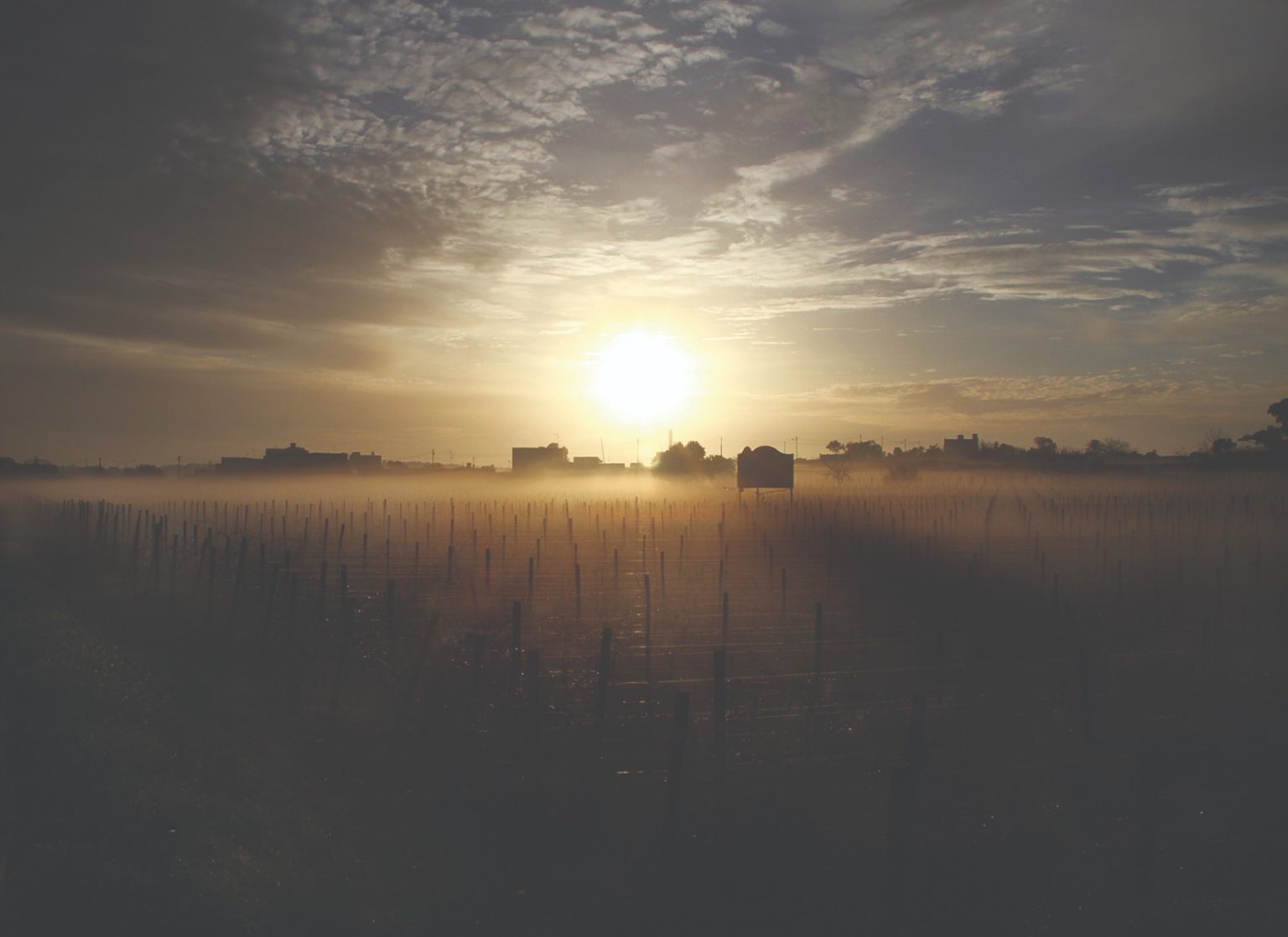 Above: Marsovin's Ramla Estate in Gozo & sunset over Marnisi Estate, Malta
Below: Marsovin Cellars, housed in a building from the time of the Order of St. John in Malta 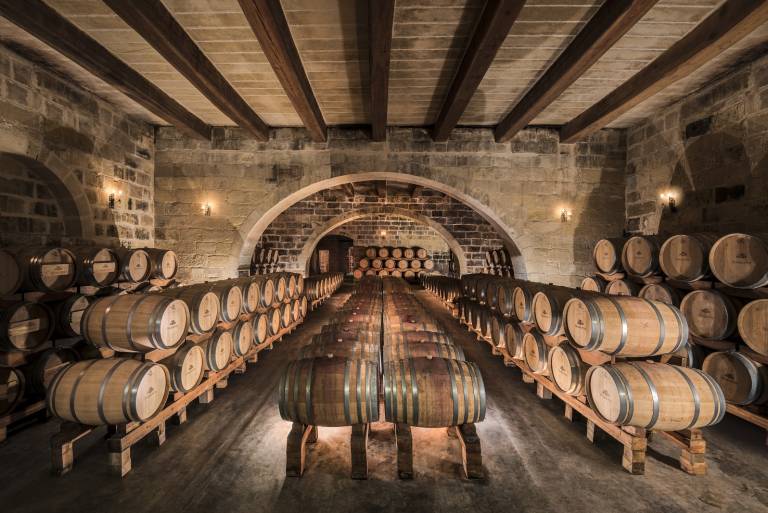 BiC Lighter from the 1980s circa promoting Marsovin Wines

The original company (Anthony Cassar & Son) merged with Master Group, another well-established Maltese firm in 2013, becoming Cassar Camilleri Ltd. Among their products one finds Fontana mineral waters which is bottled and sold in both still and sparling varieties. Before the merge, Fontana was produced exclusively by Anthony Cassar & Son.