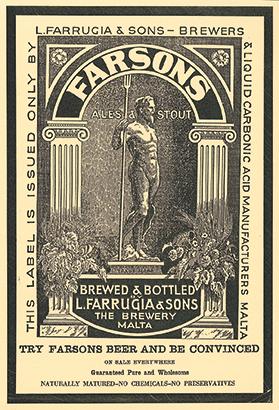 Farsons Brewery was established in Hamrun by the Farrugia family on the 19th of April 1928.
Luigi and his step-brother Paolo were originally in the flour and pasta production business before their mill and factory were burned to ground in the Sette Giugno riots of 1919.1
The first world war had left many countries impoverished and food chains disrupted causing  difficulties to the British Colonial Government in providing adequate basic provisions to the islands. An unpreceded rise in the cost of living and insufficient imports led food to become scarce and expensive, in turn causing public agitation and unrest. When the riots broke out on the seventh June the mob held food merchants / manufacturers guilty of profiteering and the authorities to blame for inaction and incapacity. Several buildings were ransacked or destroyed including Farrugias' enterprise. 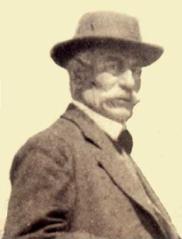 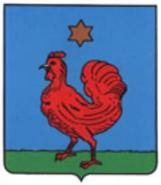 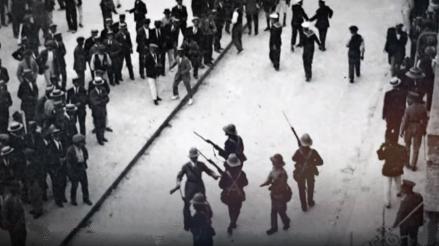 The family was not disheartened and built with a new gas production facility on the same site, diversifying their business entirely to the production of Co2. Several contracts for the provision of this substance were consequently drawn up between L. Farrugia & Sons Ltd. and both official and commercial entities upon its foundation in 1925.
One such client was Simonds, a renown beer importer who required gas for his bottling plant at Pinto Wharf.2
By 1928, Luigi's son Lewis V. Farrugia had come to appreciate the extent of demand for beer and convinced his father and uncle to found their own brewery in Hamrun styled as Farsons Ltd. 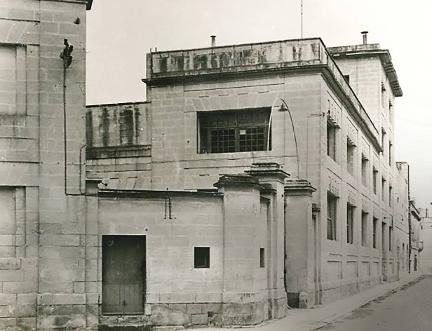 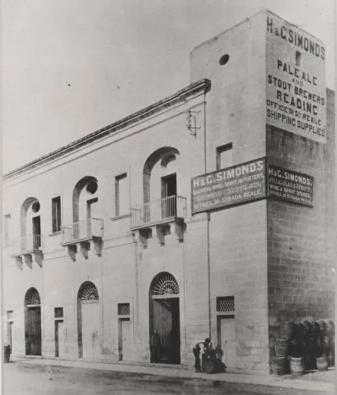 'Farsons Pale Ale' was launched as their first beer in April of that year, and introduced to the public during the annual parish celebrations of St. George in the nearby town of Qormi.
An illustration by renowned artist Eduard Caruana Dingli depicting a statue of Neptune, representing adventure and strength, featured on Farsons' first beer labels and advertising material.
The bronze statue was originally situated at the fish market on Lascaris Wharf and formed part of a large fountain commissioned in 1615 by Grand Master Alof de Wignacourt.3 The scope was to commemorate completion of the aqueduct bringing water from Rabat to Valletta for the first time.
So while Wignacourt satiated thirst by water, Farsons did the same with beer and both marked their achievement by depictions of Neptune!
Farsons Pale Ale soon gained popularity and was locally referred to as tal-Ggant.
(The Giant's beer) 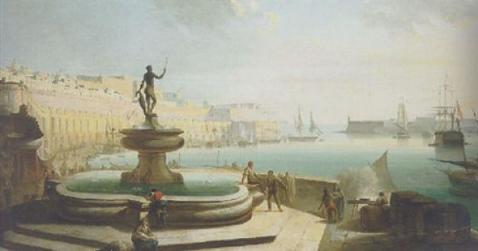 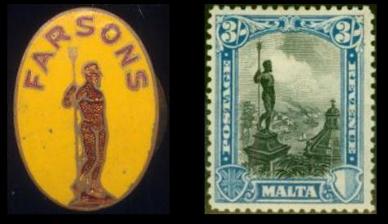 Neptune's Statue & Fountain in their original setting from an early 19th century painting by Giorgio Pullicino.
Farsons Ltd. Lapel Pin from 1928-29 based on Eduard Caruana Dingli's illustration featuring Neptune and a rather similar depiction to Caruana's work on this definitive issue Maltese 3 Shilling Postage Stamp from 1930

In 1929, Farsons merged with H&G Simonds becoming Simonds Farsons Ltd. incorporating the Hop Leaf trade-mark with their own. During its short-lived existence as an independent firm, Farsons sold its beers in glass bottles sealed with metal crown caps and packed by the half-dozen in traditional cane baskets loaded on horse-driven carts. At least two different bottle varieties have been identified, one of which rendered in embossed green glass, and another in plain glass with a colourful paper label.
We are seeking to acquire examples of the above for study and presentation here.

:QUICKLINKS:SIMONDS FARSONS CISK LTD
H&G SIMONDS LTD
SIMONDS FARSONS LTD
OTHER MALTESE BEERS
MALTESE BEERS
MALTESE BEVERAGESMADE IN MALTAHOME PAGE
Notes & References
1. The riots are often considered as a first step in a long series of events that culminated in Malta's Independence of 1964. Sadly however, four Maltese men lost their lives during the riot. You can read more about this turbulent chapter of Maltese history in the political section of our website.

2. Simonds refers to H&G Simonds Ltd., a Reading-based brewery firm which imported wine, beer and spirits in bulk for bottling and retail in Malta, through its local branch in Valletta. Kindly access the link above for more details.

3. Neptune's statute was eventually removed from Lascaris Wharf and now stands on a pillar in the courtyard of the Grand Master's Palace in Valletta. It was professionally restored  in 2020.