Giovanni Dacoutros was the first member of the family to settle in Malta. He was still aged ten when he came over as part of a merchant vessel's crew transporting volcanic pumice stones from his native island of Santorini to Tunis. He immediately fell in love with Malta and opted to remain here despite his young age.
Giovanni found employment with the Portelli Family, established wine merchants since the mid-18th century. Having had some experience with wine-making, he convinced the Portellis to start importing wines from Santorini, generating a steady demand for these better-quality products. 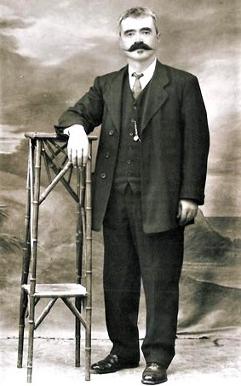 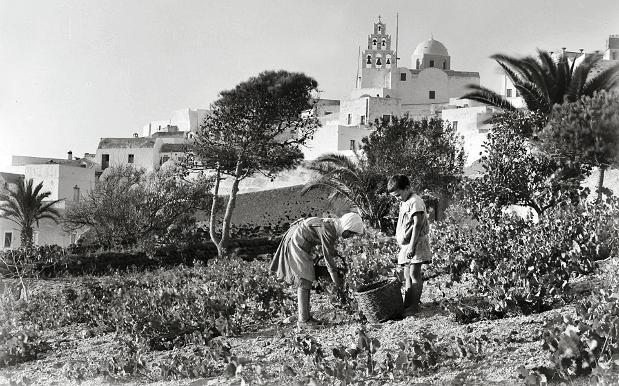 As Giovanni grew older he established a partnership resulting in the founding of Dacoutros & Portelli Wine Merchants, then in 1913, Giovanni bought his partners out and re-established the firm as Giovanni Dacoutros Ltd,1 setting up office at Archbishop's Street in Valletta.
The firm rented warehouses and invested in a large fleet of merchant ships of which the best known was the Maria Dacoutros. The investment made in the shipping sector led Dacoutros Ltd to become Malta's largest wine importer and resulted in various other initiatives such as the manufacture of wines from locally harvested grapes. (as from 1943).
To read more about the origins and wine-related activities of Giovanni Dacoutros Ltd., kindly access this link:
GIOVANNI DACOUTROS LTD.

John Dacoutros & Sons founded their first bottling plant in 1953. This was followed by the building of a new factory at Fleur-de-Lys in the early 1960s along with a license to produce Canada Dry's range of beverages. John G. Dacoutros, a grandson of Giovanni, was placed at the head of the firm in 1963, and a second bottling plant inaugurated in 1974.
The soft drink business was sold off in the latter part of the 20th century and the factory was demolished to make way for Bank of Valletta's new head-office. As a result, the license to manufacture Canada Dry was acquired by Simonds Farsons Cisk in the 1990s.2
As of 2022, no online evidence of John Dacoutros & Sons' further progression is available and Opencorporates.com lists the firm as being in dissolution.3 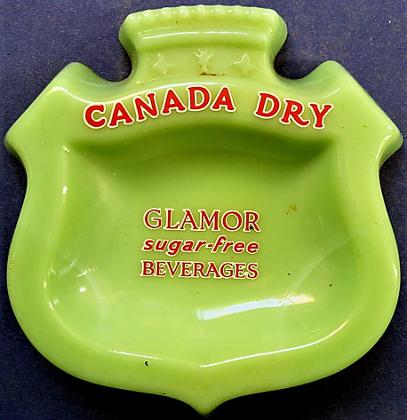 Canada Dry is a brand of soft drinks created by John J. McLaughlin, a distinguished chemist from Ontario experienced in soda manufacture. McLaughlin established a carbonated water plant in Toronto in 1890 and introduced his first flavoured soft drink in 1904, styled as Canada Dry Pale Ginger Ale.4 The non-alcoholic beverage was termed dry since it was less sweet than other ginger ales available at the time. Original bottle labels featured a beaver superimposed over a map of Canada.
The drink's popularity gained the firm's appointment to the Governor General of Canada 1907, resulting in the adoption of a crown and shield logo incorporating the words Canada Dry over a map.

When Mclaughlin started shipping his carbonated drink to New York, it became so popular that he opened a bottling plant in Manhattan. After his death in 1914 the business was taken over by his brother Samuel, then sold by the family to P.D. Saylor & Associates in 1923. This led to the establishment of Canada Dry Ginger Ale Inc., as a public company and worldwide expansion in the 1930s. The firm introduced new flavours in the 1950s eventually resulting in a range of over 50 different drinks. 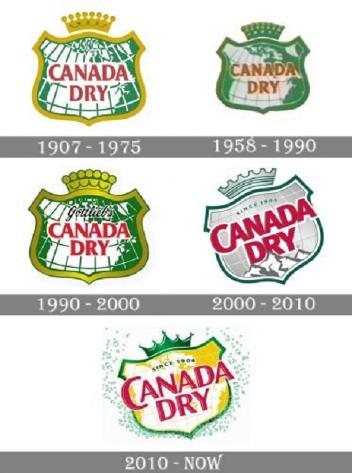 A Useful Guide for dating Canada Dry Bottles & Merchandise. The 1958 Logo was designed by Raymond Loewy as a secondary emblem for the fist 15 years until its adoption as the firm's main logo from around 1973 to 1990

Norton Simon, an American industrialist, bought the company in 1964 and merged it with his other holdings to become Norton Simon Inc. Canada Dry changed hands again when it was bought by Dr. Pepper in 1982, then by Forstmann Little & Co. who resold the company to R.J. Reynold's Del Monte Foods in 1984. RJR sold the company to Cadbury Schweppes in 1986 and is now owned by Kuerig Dr Pepper Inc., which was spun off from Cadbury Schweppes in 2008.
Canada Dry soft drinks were first made and bottled locally under licence by John Dacoutros & Sons in the early 1960s.
A range of beverages with different flavours were manufactured using a variety of different glass bottles. We are still looking into more details regarding the introduction dates for each bottle. The following examples form part of our collection. 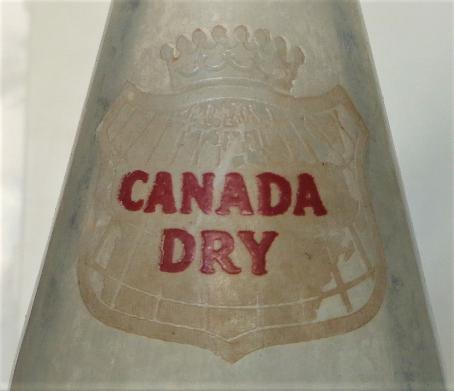