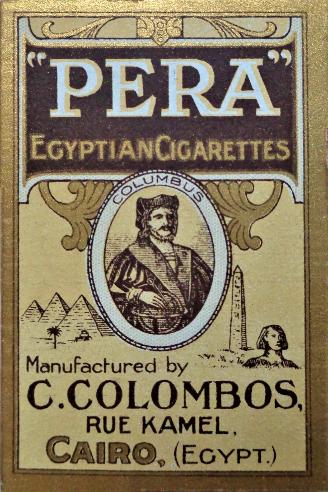 Tobacco is the common name for cured leaves obtained from the genus Nicotiana of the Solanaceae Nightshade plant family. Curing is the process of allowing the leaves to dry and ferment before being shredded for use in tobacco products.
The habit of smoking or chewing tobacco and other mood-altering substances is timeless.
Before the discovery of America tobacco was unknown in Europe, as were many other plants, fruits, vegetables and goods including cocoa and its derivative, chocolate.
Tobacco was originally viewed with the same suspicion as several New World products, but from some humble dried leaves in a clay pipe was born one of the largest industrial empires of our time, the tobacco industry.

Spanish Explorers discovered Tobacco in the New World.  The association with Christopher Colombus would later serve as a marketing and branding theme for tobacco merchants, as may be seen in the example shown further up

While Native Americans consumed tobacco as part of their religious rituals, the reasons why people smoke are as varied as the people themselves. When tobacco was first introduced into Europe, it was considered exotic to some and disgusting to others.
The substance soon gained the attention of the medical community leading to the misperception that tobacco had medicinal properties. It has since been proven however, that tobacco is toxic, dangerous and progressively reduces one's good health.
Millions of people die each year as a result of tobacco consumption, making it the deadliest drug ever known.1
One of the earliest critics of this pungent substance was King James the Sixth of England, who wrote a dissertation in 1604 claiming that tobacco smoking is harmful to the lungs. 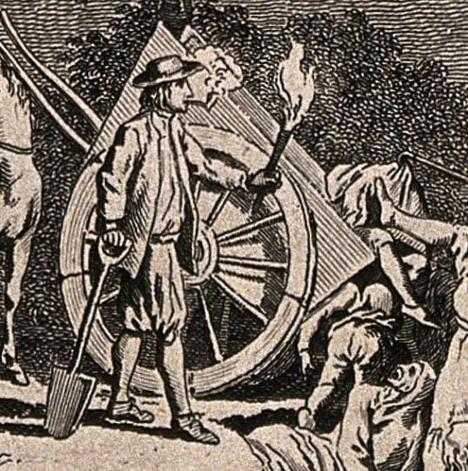 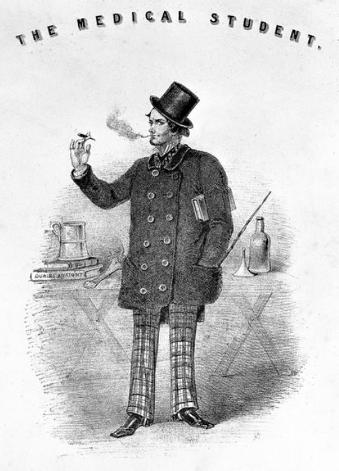 However for several centuries, the impact of smoking on a person's health was hardly known or understood. To the contrary, it was generally considered healthy to smoke back then, and was even recommended by physicians to ward of disease!
This perception and culture often led tobacco manufacturers to market their products as health commodities, luring people from all classes to smoke.
The progress and economic boom of the Victorian era deriving from the industrial revolution had a great impact on tobacco manufacture and retail, making it readily available on a widespread scale.
The advent of modern printing methods of the early 20th century enabled tobacco merchants to design and brand their products in packaging more appealing to women as well as children. Collectable trading cards were duly inserted within cigarette packs as a further lure, while adverts promoted the habit as being healthy, sociable and fashionable.

A selection of colourful Cigarette Cards from the Lucky Charms Series issued by W.D. & H.O. Wills, U.K. in 1923

The 20th century also spurred a hefty advance in medical knowledge and understanding.
Inevitably, health concerns started to take shape in the twenties and thirties.
The impact of this change in perception over time is reflected by the ongoing evolution of cigarette box design.
Health authorities across the world duly issued legislation to ensure that cigarette packaging and branding no longer appeals to anyone and is actually a dangerous habit which can lead to innumerable health issues and death. Despite this progression, the worldwide tobacco packaging industry in 2022 is valued at over nineteen billion U.S. Dollars and predicted to increase further. Recent studies have shown that most people nowadays no longer smoke because it's fashionable or sociable, or as a remedy to ill health, but to cope with rising stress levels of modern society and its rigorous schedules. This despite the knowledge of the risks involved.2

Tobacco smoking was promoted as being healthy, fashionable and suitable to all - Today's Cigarette Packs tell a different story

From a local perspective, one of the most successful, and possibly overlooked sectors of Maltese industrial history concerns the manufacture of smoking products through the first half of the 20th century. Aside of more prolific firms such as Cousis, Colombos & Licari, most people nowadays remain unaware of the relatively large number of merchants comprising this sector of trade.
The resulting variety of brands have long been gone from retailers' shelves and display cabinets, and are for their better part forgotten.

A small selection of Maltese Cigarette Packs from the past

Detailed information about the majority of these firms and brands is often as scarce as the products themselves. In researching our own collection, the information we found online was typically limited to the odd photo of some tobacco product offered for sale and listed simply as "Vintage" or "Maltese". In some instances the only additional details would be a transcript of the script on the pack.
Beyond the internet, the only comprehensive attempt at defining the industry remains a 2005 publication by Anthony Zarb-Dimech, which gives a good overview, presenting most of the basic facts and fundamentals. It makes for an easy, interesting read and is certainly recommended as a guide to collectors and buffs.3 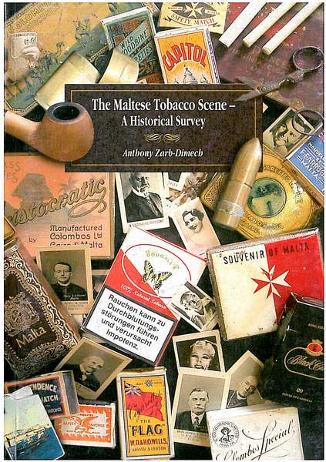 The survey does have some shortfalls however, such as the lack of coloured plates and an index. The work also focuses on a number of better established brands and products, but is objectively rather limited when in comes to the rest. This is made clear by the author himself in stating that the work serves as a stub for further research and that much information is yet to come to light before any conclusive study and work is even possible.
We cannot but agree and the absence of in-depth published or online material about Maltese Tobacciana in general remains a challenge to history-buffs and collectors trying to establish the provenance and background of examples within their interest or collections.

This section of our virtual museum is intended to provide a framework of the industry based on both local and imported examples held within our collection. Kindly access the links below to read more
(Click image to leave this page or text to open in a new tab) 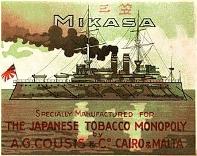 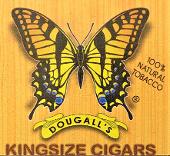 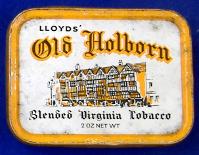 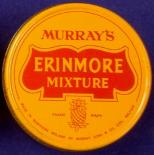 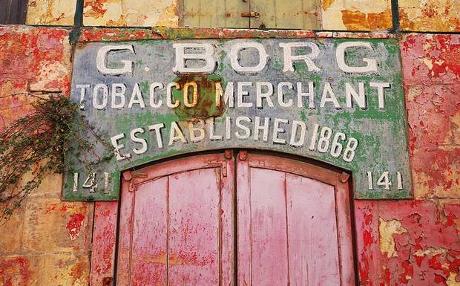 Notes & References
1. This section of our archives features the history & culture of tobacco smoking, including products and adverts luring people to smoke. It is not intended to encourage anyone to do so. If you need help to stop smoking, seek professional assistance at Tobacco-Free Life (in Malta or an equivalent organisation if you live abroad).
2. Tobacco is highly addictive due to its Nicotine content. Smoking releases tar and other poisonous chemicals into the human body.
3. Another useful Maltese publication dealing with vintage cigarette cards issued by the Cousis firm was published by   J. Bonnici & M. Cassar in 1994.
Resources
A Medical History of Smoking Tobacco - Wellcomecollection.org
Tobacco Packaging Market - Ankush Nikam via Techbullion.com
Images
Origins of Tobacco Collage - Tobaccofreelife.org / Wellcomecollection.org
Smoking during the Plague & The Medical Student publication by Albert Smith - Wellcomecollection.org
Will's Lucky Charms Cigarette Cards - AAFM Collection & Photo
Evolution of Smoking Perception Collage - Adweek.com / Alamy.com / Pinterest.com / Techbullion.com
Maltese Tobacco Products Collage - AAFM Collection & Photo
Maltese Tobacco Scene Publication - AAFM Archive & Photo
Some images may have been cropped, resized or altered for better clarity & presentation