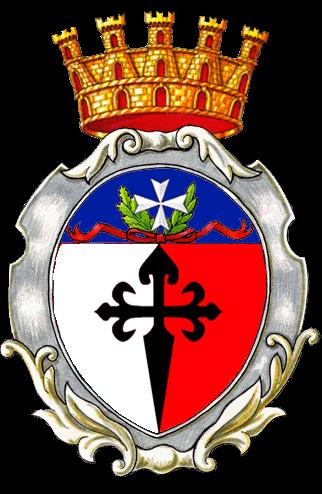 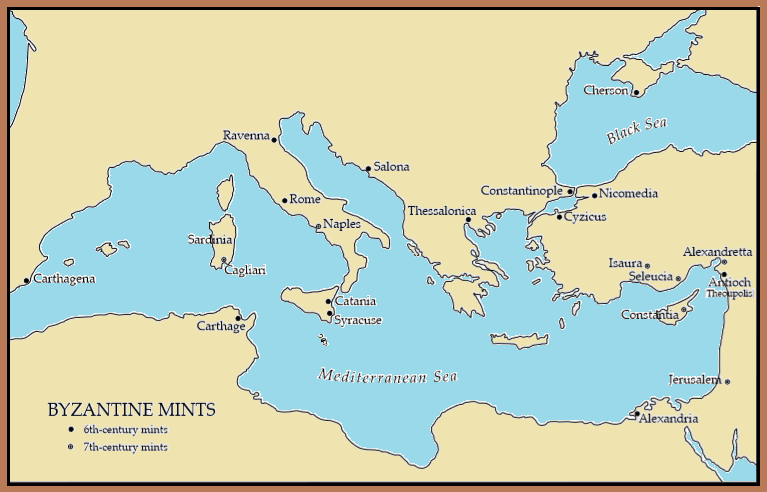 At it's height, Byzantine coins were made in a large number of mints, spread across the Empire.   The coins had the same respective value and design, other than the minting mark, which designated their origin. For example CON stood for the Constantinople Mint, CAT for that in Catania.  Before the Anastasian reform of 498 A.D. the only two Byzantine mints were those of Constantinople and Thessalonika. These were supplemented by the opening of mints at Nicomedia and Antioch. Under the rule of Justinian I (527-561 A.D.), the number had grown to fifteen, however by the end of the 7th Century, only two mints remained in operation, namely Constantinople and Syracuse. Several mints were moved from one part of the Empire to another due to wars or lost territories, and there were also instances of currency manufacture using mints taken over during the Empire's conquests. One such example was the new mint established by the Vandals in Carthage taken over by the Byzantines in 533 A.D.. This was moved to Sardinia between 692-695 A.D., due to the threat of Arab expansion. Sometimes coins were imported and re-stamped with letters indicating local usage. One such instance concerns nearby Sicily, where before the establishment of the Syracuse mint, in c. 643/644 A.D. to its fall to the Arabs in 878 A.D., coins struck at Constantinople were transferred to the island and marked SC / SCL.
Some mints were privately run, such as those in Rhodes and Trezibond, and counterfeit coins were also to be found in circulation.
The table below shows the majority of known Byzantine mints, their respective markings and period of activity, where known. Mint marks were only applied to bronze / copper coinage, bar a few exceptions, and only until the 8th Century. This is understandable since by then, most territories had been lost, and with them, the different mints.
The vast majority of Byzantine coins did not bear a date, often making it very difficult to establish their year of manufacture. Some Emperors did however state the year of their reign on Bronze / Copper coinage, preceded by ANNO and a numeral. In these instances, it is possible to date the coin by calculating the number in relation to the respective Emperor's year of accession. Conversely, it is not always easy to determine the Emperor, as often the case with worn specimens. 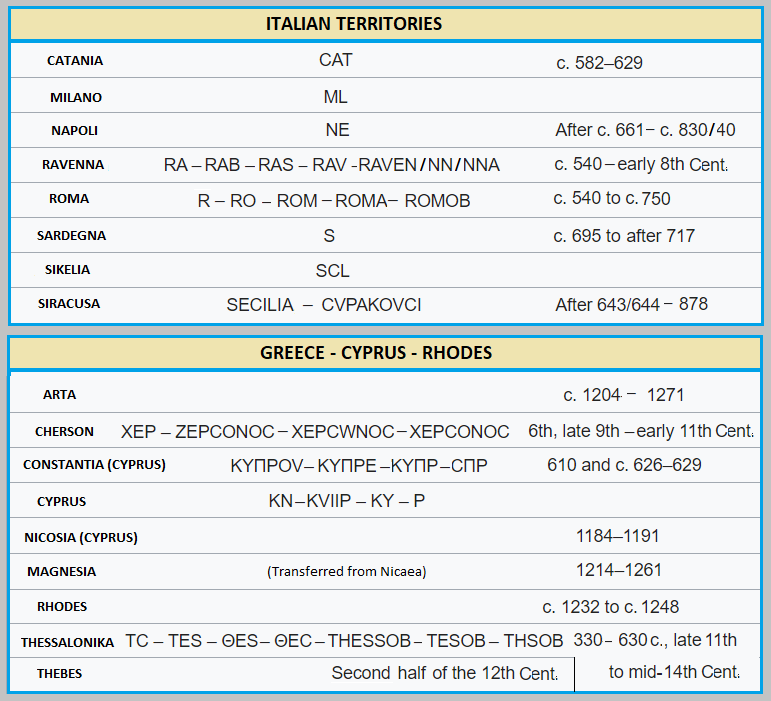 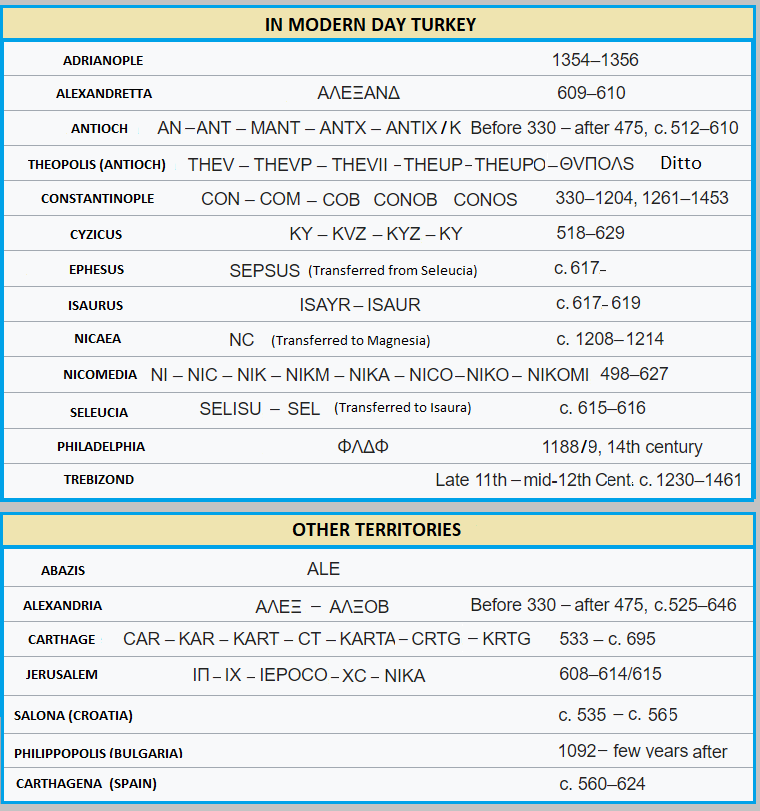 Each mint had a number of workshops, all with their own reference number. Apart from the marks designating origin, the Roman tradition of stating 'Officina' (workshop) numbers was retained on Byzantine coins, but these were eventually written in Greek rather than Latin. The following table shows the different marks designating each workshop, and shows both the Latin and Byzantine versions. As stated earlier, after the 8th Century, all mint marks including Officinae references were no longer featured on Byzantine coins. 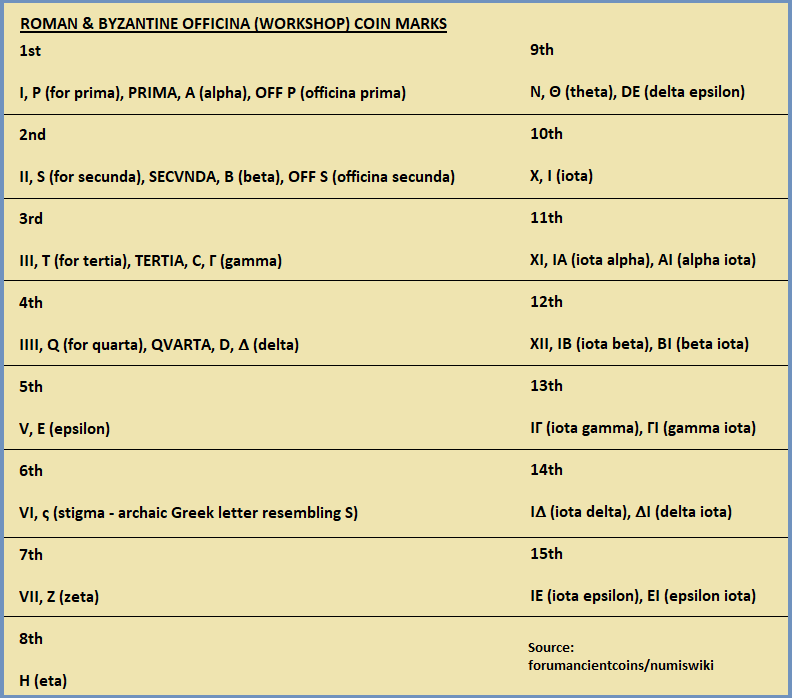