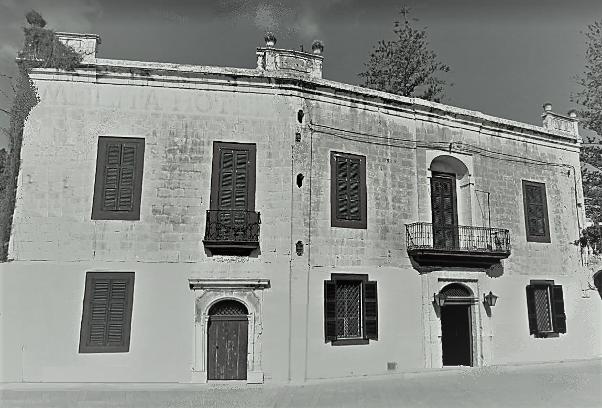 232 Infantry Brigade was originally formed as the Northern Infantry Brigade on the 7th August 1940.
It consisted of a battalion of the King's Own Malta Regiment supported by three British line infantry battalions under the overall command of Brigadier Walter Hayes Oxley. Walter's military career began with the Royal Engineers in 1911 receiving his first promotion as Lieutenant in 1913.
During WWI he served in Egypt, Greece and the Balkans, seeing action in both Egypt and Palestine.
By 1937, Oxley had attained the rank of colonel and was serving in North Africa in the role of Assistant-Adjutant and Quartermaster-General for the British Military Mission to Egypt. 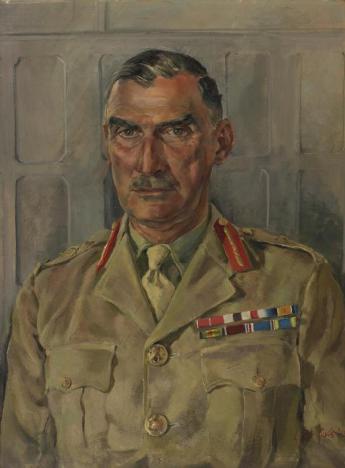 He was then redeployed to Malta in 1939 after being promoted Brigadier, retaining his former roles as the local A-A & QM-G to His Majesties Forces.
Following the expansion of Malta's Garrison into four Infantry Brigades, Oxley was given command of the 2nd (Northern) Malta Infantry Brigade between 1940-41, becoming the General Officer commanding in Malta between 1943-44.
He retired from military service in 1948 and passed away in 1978, aged 87.

The battalions under Oxley's command were deployed to the Northern Sector, with the Brigade Headquarters etsablished at Melita Hotel in Attard
The 1st Battalion, King's Own Malta Regiment was responsible for the defence of the area around and between Mellieha and Marfa Ridges, including the entire shoreline of the Northern Coast.
The 2nd Battalion, Royal Irish Fusiliers was assigned to the sector comprising Qala Hill, Bidnija, Mosta, Naxxar, Gharghur, Madliena, and the underlying plains and shorelines such as Burmarrad, Maghtab, Salina and Ghallis.
The 8th Battalion, Manchester Regiment covered the sector stretching from Wardija (l/o St. Paul's Bay) to Ghajn Tuffieha, while the 8th Battalion, King's Own Royal (Lancaster) Regiment was deployed at Tas-Salvatur l/o Rabat and Dingli.

The infantry was supported by a number of units from other formations situated in the area manning Forts, Anti-Aircraft Batteries and other defences. A Royal Marine detachment was based in Manikata, and had its own Artillery position on the cliffs between Maesa and Anchor Bay.
Men from the Duke of Wellington's (West Riding) Regiment were stationed at Fort Campbell in Selmun. Additionally, some older fortifications forming part of the Victorian Lines such as Fort Bingemma and Fort Madliena were upgraded and re-activated. Wardija Battery, a First World War fortification, was similarly re-commissioned. 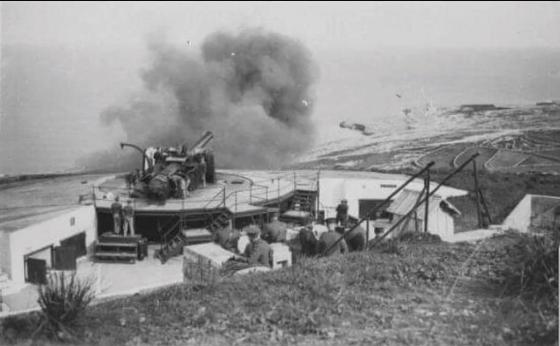 New Heavy Anti-Aircraft Batteries1 were established at Bingemma (l/o Rabat), Buzbesija (l/o Mosta), Birguma (l/o Naxxar), Salina (l/o Qawra).The batteries were manned by the 2nd Regiment, Royal Malta Artillery with its headquarters situated at St. Paul's Bay.
These were supplemented by a number of Bofors Light Anti-Aircraft Guns in areas such as the Red Tower heights (l/o Marfa & Cirkewwa), and a handful of 18-Pounders and Howitzers along the coast, such as at Ghallis (l/o Salina) and Marfa. Mines and anti-amphibious assault obstacles were placed in the sea at Ghajn Tuffieha and Mellieha's Ghadira Bay while a Search & Rescue seaplane outpost was located at il-Vecca, in Xemxija Bay.

In January 1942, the 2nd Battalion of the King's Own Malta Regiment was given the responsibility of manning beach defences in St. Paul's Bay, Ghajn Tuffieha and the North-West, to release British units for other duties. On the 14th July the Brigade was re-designated as the 2nd Malta Infantry Brigade, becoming the 232nd Infantry Brigade in April 1943. By October, its constituent battalions had all been transferred to other formations leading to its disbadment in November 1943.

To read more about these units and defences, kindly access the links below.
Click on image to leave page or underlying text to open in a new tab