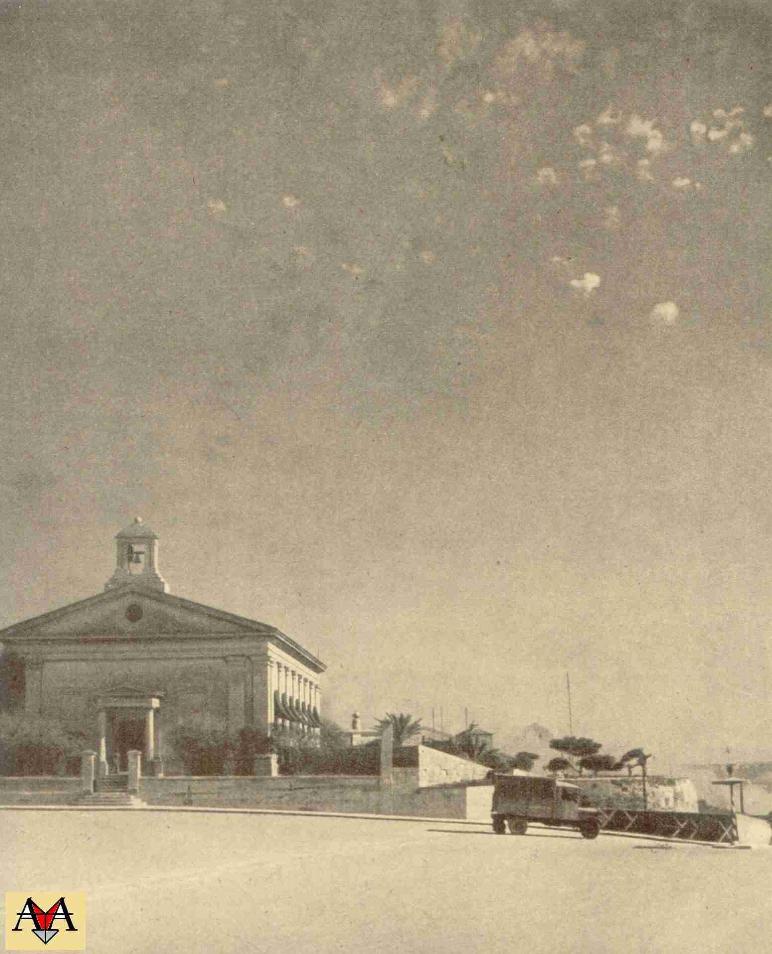 Photo taken during Malta's 243rd air raid in June 1941. One of Malta's most potent defences consisted of tremendous barrages of A.A. (Anti-aircraft) shells. Notice the bursts of smoke from scores of projectiles visible in the sky over the Grand Harbour. The Garrison Church was originally built around 1855 and served various purposes other than the original including as a military social club and as the Malta Central Mail Room. It has been in use as the Malta Stock Exchange since 1999. (Associated Press photo from original wartime publication held in our archives).