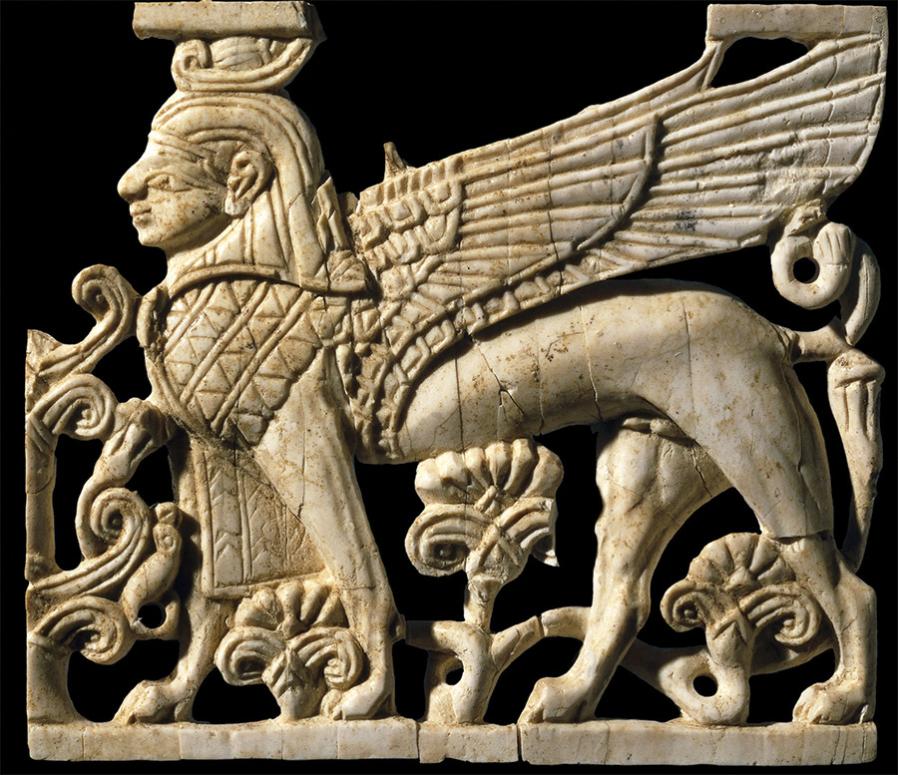 The Phoenicians were a Semitic people from the shores of the Eastern Mediterranean, hailing from a confederation of maritime city states such as Byblos, Sidon and Tyre.1
Their skill at sea would see them venture well beyond the Mediterranean, reaching lands as far north as England and Ireland, relying predominantly on astronomical navigation.
Phoenician exploits were significant, for they traded not only in goods but also in precious raw materials, allowing other peoples and cultures to manufacture goods where such materials were scarce or completely unavailable. The resulting commodities would then be moved around and traded again by the Phoenicians all across their commercial routes.

The journey would start from their own shores, with the much sought after Cedar wood from their native Lebanon, unique dyes and other coveted merchandise. They would visit Greece, and barter for ceramic-ware, North Africa for gold, Spain for silver and iron, England for tin, and sail on to anywhere where trade was possible. 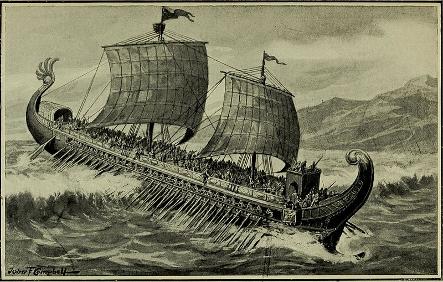 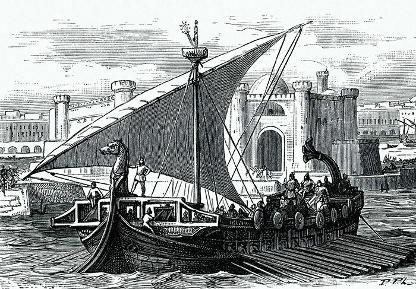 Phoenician military & trading vessels were large ships with square sails and two banks of oars. A third variety utilised for fishing or short journeys was much smaller having only one bank of oars.

The name Phoenicia means 'land of purple', and this due to another of their main exports, a dye originally known as Tyrian Purple / Tyrian Red.
Extracting this dye involved tens of thousands of sea snails and considerable work, but it was much sought after in antiquity, especially since the colour did not easily fade, but instead became brighter with weathering and sunlight.
It came in various shades, the most prized being that of blackish clotted blood. At least 3 distinct mollusc shell varieties belonging to the Murex family, were used and the resulting dyes blended to produce a range of hues.
Roman Emperors and higher nobility would soon become associated with clothing and textiles made with this dye. This association with royalty would persist up to medieval times, leading to such names as royal purple, imperial purple or imperial dye. 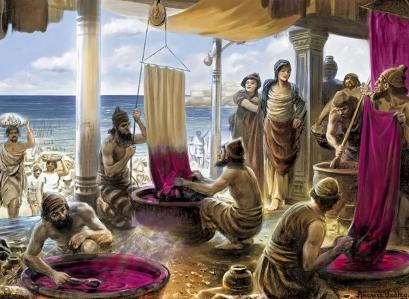 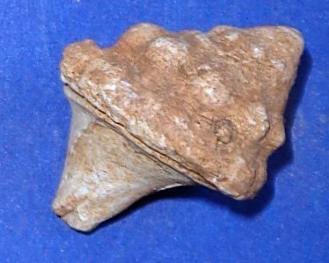 The Phoenicians began to colonise the Maltese Islands around the early 8th century B.C. establishing the archipelago as an outpost while expanding their trade-routes in the Mediterranean and beyond.
Archaeological evidence demonstrates the foundation of two main settlements, where Mdina in Malta, and Cittadella in Gozo now stand. The former was known as Maleth meaning safe haven, and the whole island eventually came to be known by this name.
Unlike other colonisers, the Phoenicians were more interested in trade than conquest or resettlement, and evidence reflects a peaceful coexistence between these new arrivals and the Bronze Age residents of Malta.

The primary scope of the Phoenicians was Trade not Conquest

An array of Phoenician items may be seen at the National Museum of Archaeology in Valletta, including gold and silver amulets which have a marked Egyptian influence. The Phoenicians were great admirers of anything Egyptian and liked to adorn themselves in that way.
Several artefacts have also been recovered from shipwreck sites around Malta and Gozo, bearing further witness to a flourishing trade during the Punic era. 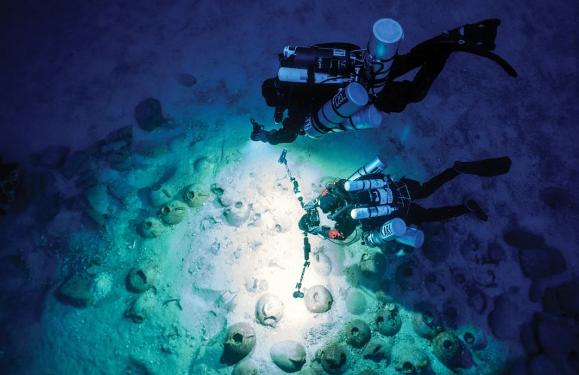 Beyond a scatter of tombs across the islands, not much has survived from the Punic period in architectural terms.
Unlike the Romans, the Phoenicians did not use cement, and their buildings were typically made from a systematic laying of stones and slabs resulting in mound like structures.
It is also interesting to note that these were identical to the local corbelled stone huts (Giren) found here, albeit larger. It is possible that these rural buildings, or better the construction technique involved, could be part of Malta's Punic legacy. 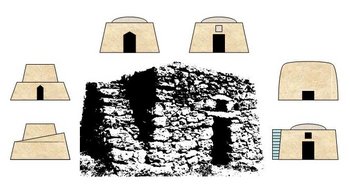 Another lesser known aspect of Punic heritage concerns their importation of plants and animals to Sicily and Malta. DNA analysis of seeds unearthed on the tiny island of Motya, just off the Sicilian west coast, reveal their origins as the ancient Levant.
Analysis of bones from Motya also demonstrate that the Phoenicians brought sheep, goats, dogs, and possibly other animals with them. Further studies of these bones indicate that the dogs looked similar to the breed known as Pharaoh hounds or kelb tal-fenek / rabbit hound. 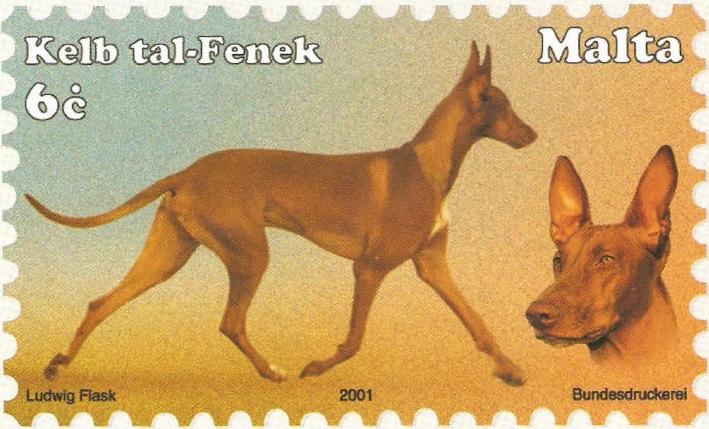 The Kelb tal-Fenek is considered as Malta's National Hound

Despite their name, Pharaoh hounds did not originate in Egypt, and the presence of similar hounds in ancient Motya could reinforce the theory that it was indeed the Phoenicians who brought them to Sicily and Malta (and possibly Egypt) in the first place.
The Maltese Pharaoh Hound is a genetically distinct breed predominantly evolving from the Sicilian Cirneco dell'Etna. The term Cirneco derives from the Latin Cyrenaicus hence related to North African Cyrenaica. Further studies are required to determine whether the Cirneco breed descends from the dogs the Phoenicians brought with them to Motya and this part of the Mediterranean. Either way, the legacy goes well beyond dogs. Relatively recent DNA studies of the Maltese male origins have included traces from the Eastern Mediterranean with genetic affinity to Christian Lebanon and North Africa. The strain may be negligible, but remains present nevertheless. 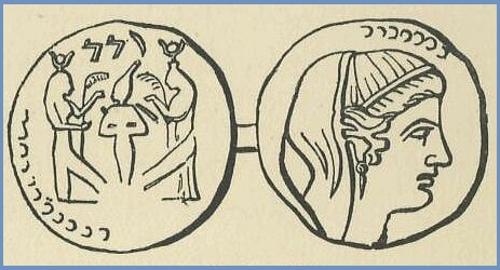 One of the most revolutionary imports by the Phoenicians was their introduction of the first recorded written language using letters rather than symbols or hieroglyphics.
This was followed by the introduction of an organised currency using coins for local business transactions, which went hand-in-hand with the establishment of various manufacturing industries. The included the production pottery wares and textiles, with the latter soon becoming renown abroad. Fabrics and textile products made in Malta are mentioned by a number of Greek authors as far back as the 5th/6th century BC.

Around the mid-6th Century B.C., the rise of Carthage led to the incorporation of our islands, along with most other Phoenician colonies in the western Mediterranean, under its dominion. Carthage was originally a Phoenician city-state, which eventually became the most powerful of the lot.
In the centuries to follow, the original Phoenician city-states of the Eastern Mediterranean would be challenged by the expansion of other Empires such the Assyrians, Neo-Babylonians, Persians, Greeks, and eventually the Romans.
By Roman times however, most of the elements that originally composed the fabric of Phoenician civilisation and culture had dissipated and been superseded by foreign influences, particularly of a Hellenistic nature.
To read more about the Punic Era and the Carthaginian period, kindly click the link below 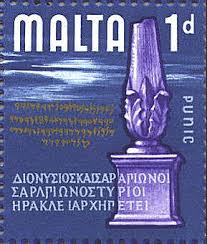 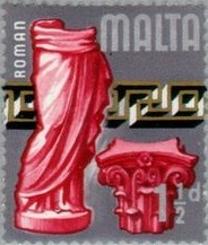 Some images may have been cropped, resized or altered for better clarity & presentation
All Rights Reserved - AAFM Narrative & Layout Copyright 2009-2022