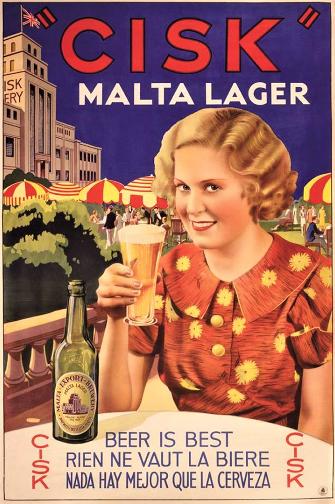 The Malta Export Brewery was established in 1929 by Marquis John Scicluna. The Scicluna family set up the Island's first privately owned bank in 1830 introducing cheque books to Malta for the first time. The word cheque was mispronounced locally as cisk, hence both bank and family became known tac-Cisk.1

Farson's immediate success combined with an ever-growing demand for beer had already come to Scicluna's attention when a new brewery project by one of his bank's clients stalled due to lack of funds.2
The facility's acquisition by the bank presented an opportunity for venturing into the brewing business and in the summer of 1929, just a few months after the foundation of Simonds Farsons Ltd, Marquis Scicluna registered his own firm as the Malta Export Brewery.
Construction work was brought to termination and the first beer, launched as 'Cisk Munchener', introduced on the 3rd August of that year during the parochial feast of St. Cajetan (San Gejtanu) in Hamrun. An image of the brewery was adopted as a trade-mark and reproduced on its bottles, labels, adverts and promotional merchandise. 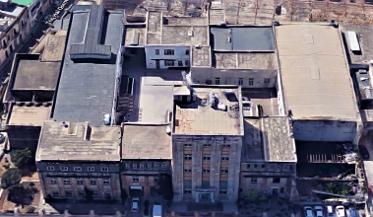 While Simonds Farsons was licensed to produce British style Ales, the Malta Export Brewery was granted a temporary exclusive licence to brew Bavarian style lagers.
The difference between an ale and lager is a result of the way they are fermented. Ales are brewed with top-fermenting yeast at warm temperatures while lagers are made using bottom-fermenting yeast at colder temperatures. The latter process was first developed in the 19th century and known as the Pilsner method. It takes much longer than warm fermentation and typically results in lighter coloured beers with a mellow taste and lower alcoholic volume.
Scicluna's Cisk Munchener beer became a success and was soon followed by Cisk Pilsner and others such as Red Label.

The Malta Export Brewery eventually merged with its main competitor becoming Simonds Farsons Cisk in 1948. During its existence as an independent firm, its beers were sold in a variety of different glass bottles sealed with metal crown caps.
A semi-embossed brown glass bottle with paper labels was adopted for Cisk Munchener in 1929. Other MEB bottles, as the one from our collection shown below, were made from fully embossed dark green glass. We are still compiling information about the range of bottles, labels and crowns used as well an their respective introduction dates.