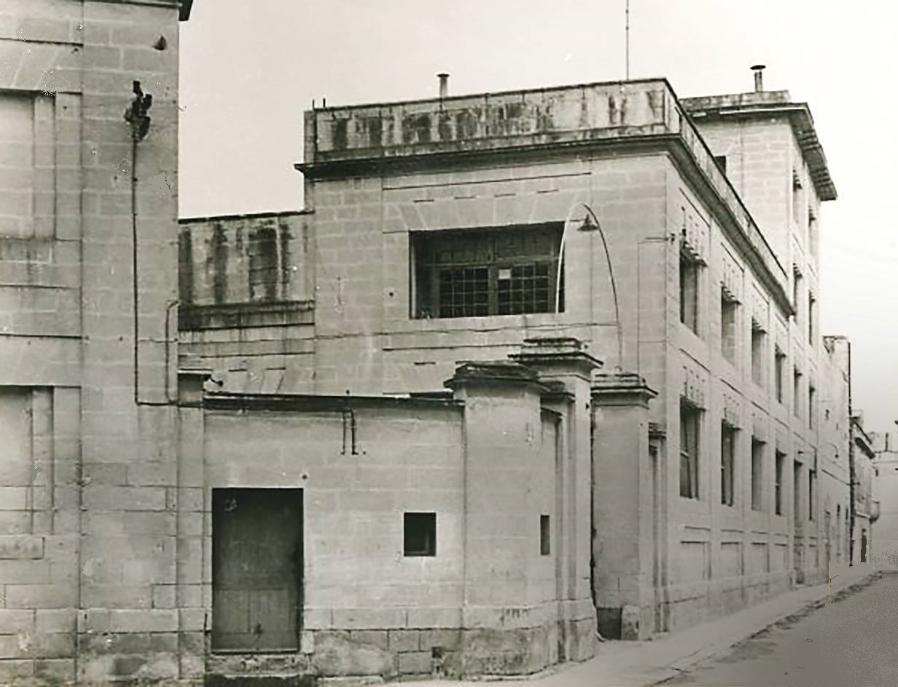 Farsons was founded as a small beer brewery in Hamrun on the 19th of April 1928. Since then it has grown into Malta's largest and most successful brewery. The Maltese Islands came under British jurisdiction as a protectorate in 1800, then a crown colony from 1813-1964. The establishment of a naval outpost in the Mediterranean served as a transitory station for troops being shipped to and from the corners of the British Empire. This generated a huge demand for consumables such as food and drink, including alcoholic beverages such as wine, and especially for beer. 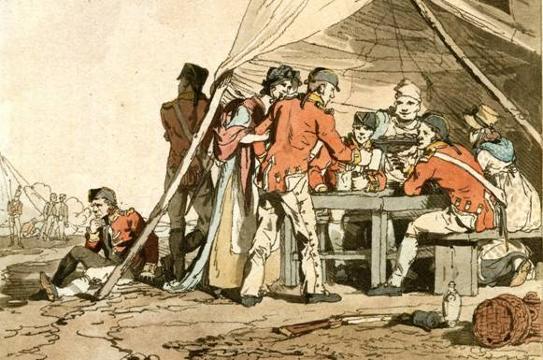 The latter was not readily available in Malta through the 19th century and like many other goods was available mainly through importation. In 1875 H&G Simonds, an English brewery firm based in Reading, appointed an agent to help supply the British Garrison in Malta.
The initiative was profitable to the extent that an official branch office was set up in 1890 importing wines, spirits and beers in bulk for local bottling and distribution.
Simonds Brewery was originally founded in 1785 by William Blackall Simonds.
In 1885, William's sons Henry and George registered the firm as H&G Simonds Ltd. adopting a red Hop Leaf as their trademark. 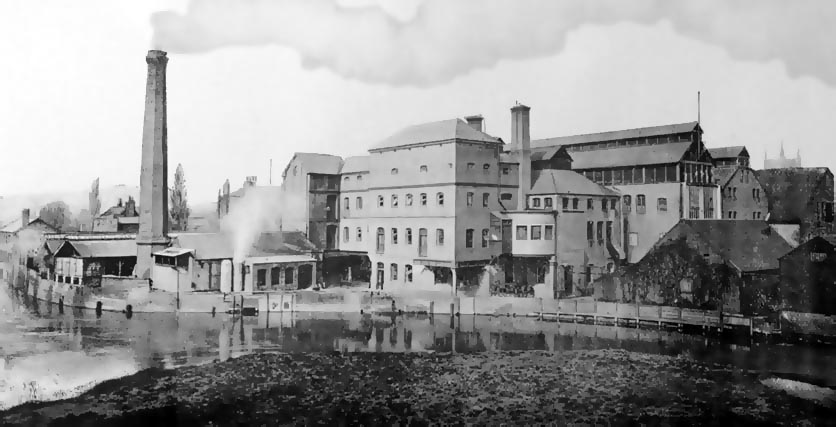 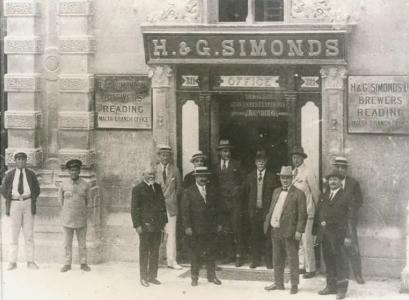 1891 Photo showing Simond's Seven Bridges Brewery on the River Kennet in Reading, Berkshire, and the firm's branch in Malta at Palazzo Ferreria, Valletta, in around 1920 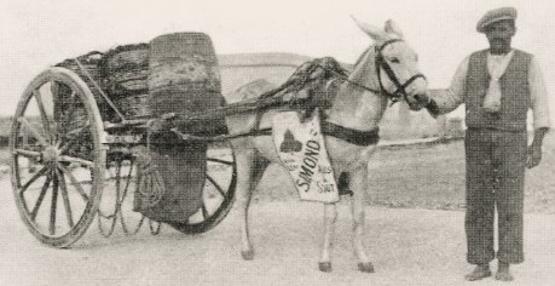 Bottling beer requires liquid Co2 for carbonation, creating a novel demand for such material.
This led a Maltese entrepreneur named Luigi Farrugia to establish a gas producing facility in 1925 styled as L. Farrugia & Sons Ltd.1 The project was an immediate success and contracts for the provision of Co2 were drawn between the firm with both official and private enterprises including H&G Simonds, who bottled their beer in an old warehouse at Pinto Wharf. 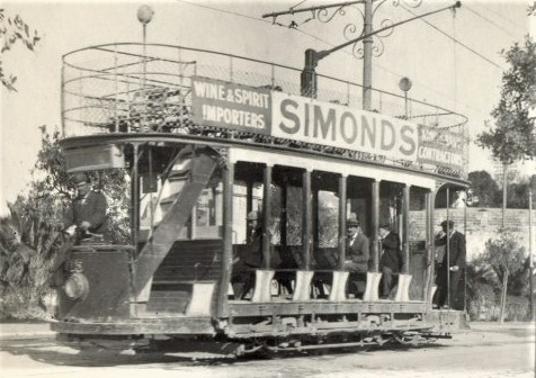 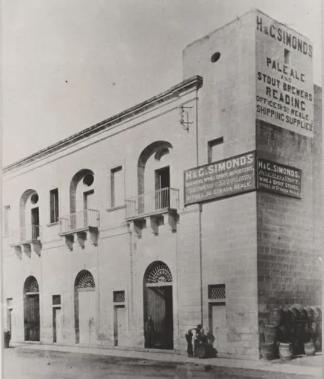 By 1928, Luigi's son Lewis V. Farrugia had come to appreciate the extent of demand for beer and convinced his father and uncle to found their own brewery in Hamrun styled as Farsons Ltd.  'Farsons Pale Ale' was hence launched as their first beer in April of that year, and introduced to the public during the annual parish celebrations of St. George in the nearby town of Qormi
Distribution was still primitive back then, and initially confined to surrounding towns and localities. The bottles were originally packed by the half-dozen in traditional cane baskets and loaded on horse-driven carts. 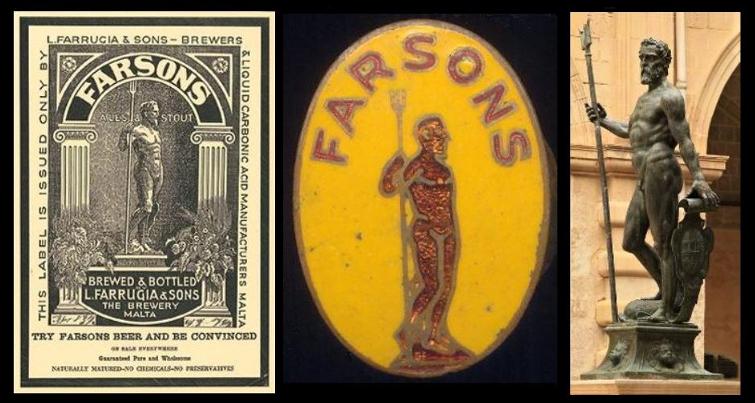 Farsons: First advert. A rare lapel pin from 1928 featuring Neptune without the Hop Leaf. The Statue in Valletta

An illustration by renowned artist Eduard Caruana Dingli depicting an old statue of Neptune2, representing adventure and strength, featured on Farsons' first beer labels and advertising material. The ale soon gained popularity and was locally referred to as tal-Ggant. (The Giant's beer)
In the meantime Simonds realised they could not compete with Farsons in the long term and opted to merge the local branch with their budding rival in March 1929. This led to the creation of Simonds Farsons Ltd., incorporating both Neptune and the Hop Leaf trademarks on their beers and merchandise.

Brigadier General Harry Simonds de Brett was elected as the company's first chairman while Lewis V. Farrugia was appointed as Managing Director. The ever-growing demand for beer and the immediate success of Farsons was noticed by another local entrepreneur hailing from a family of bankers. Marquis John Scicluna's family set up the Island's first privately owned bank in 1830 and introduced cheque books to Malta for the first time. The word cheque was pronounced locally as cisk, hence both bank and family became known tac-Cisk.3

A new brewery, still under construction by one of their clients, was acquired by the bank after its originator ran out of funds. To the Marquis, this constituted an irresistible opportunity.
In the summer of 1929, just a few months after the foundation of Simonds Farsons Ltd, Marquis Scicluna registered his own firm as the Malta Export Brewery. His first beer was launched as 'Cisk Munchener' and introduced on the 3rd August of that year during the parochial feast of St. Cajetan (San Gejtanu) in Hamrun. 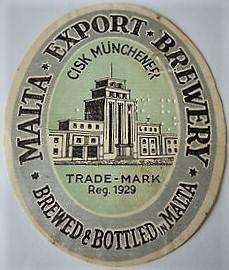 Simonds Farsons beers were based on British-styled Ales while Scicluna brewed Bavarian-style lagers and pilsners. Both these rival firms proved to be successful through the 1930s and 1940s. After the end of the second world war, negotiations between both parties resulted in the founding of Simonds Farsons Cisk Ltd. on the 30th June, 1948. Their new brewery in Mriehel was inaugurated two years later on the 8th June, 1950.4 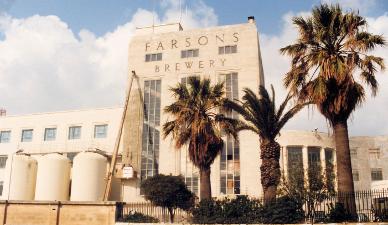 Aerial view of the new SFC Brewery inaugurated by Malta Governor Sir Gerald Creasy and blessed by Archbishop Michael Gonzi  in June, 1950 - The brewery entrance in 2013

The new brewery was a state-of-the-art facility and in 1952, Simonds Farsons Cisk launched Malta's first bottled soft-drink which constituted a bitter-sweet non-alcoholic beverage styled as Kinnie aka Chinotto. The man behind this initiative was Anthony Miceli Farrugia, who was appointed as managing director in 1956, following the passing away of Lewis. Anthony was to remain at the helm of the company for over twenty-five years overseeing several large investments such as a new delivery truck fleet in the 1960s and modern bottling lines in the 1970s. 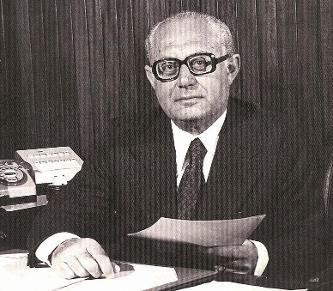 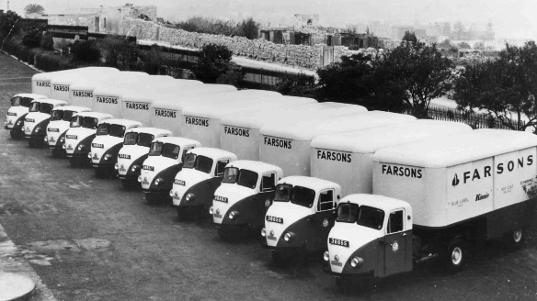 The merge between Simonds Farsons and the Malta Export Brewery (Cisk) led to an ever-growing variety of beers, soft drinks and minerals. From a branding perspective, Neptune's statue eventually gave way to a much simpler logo featuring the tip of his trident spear. In the 1970s SFC expanded its portfolio by sticking deals with a number of international firms enabling the manufacture of drinks such as Pepsi-Cola, Carlsberg and Schweppes.
Louis A. Farrugia was appointed as managing director in 1980 and a new wines and spirits enterprise was launched as Wands Ltd. that same year. 1980 was also marked by another success when one of its most popular beers, Cisk Lager, earned the prestigious international Brewex Award for its excellence and quality. A year later SFC introduced its popular Beer Festival. 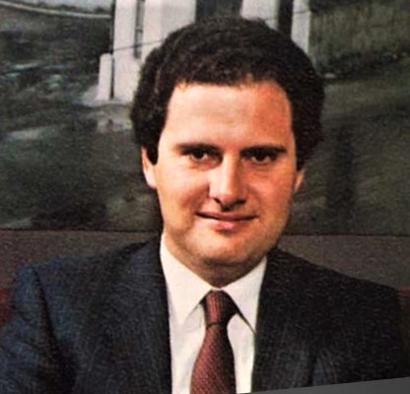 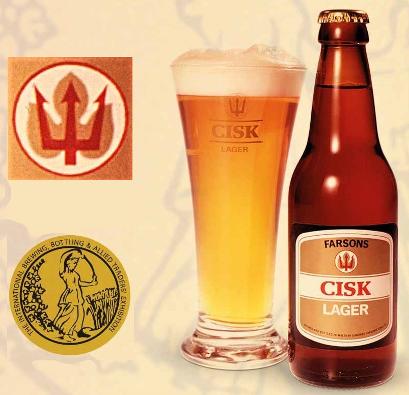 Louis A. Farrugia at the time of his appointment as SFC Managing Director - Cisk Lager Brewex Award from 1980. Notice the rebranded logos which include Neptune's trident by itself on the glass and with an underlying hop leaf on the bottle label 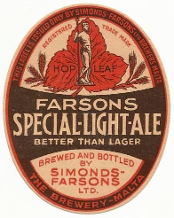 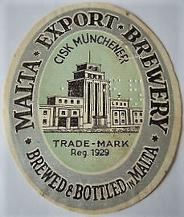 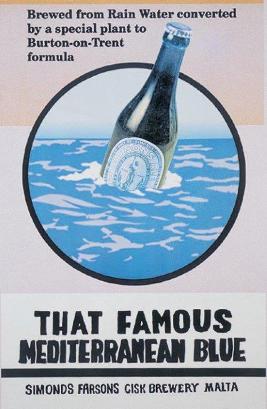 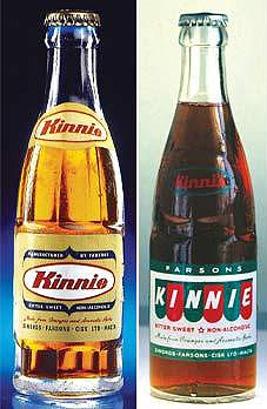 SIMONDS FARSONS CISK SOFT DRINKS
:QUICKLINKS:OTHER MALTESE BEERS
MALTESE BEVERAGES
MALTESE SOFT DRINKSMADE IN MALTAHOME PAGE
Notes & References
1. Luigi and his step brother Paolo were involved in pasta manufacture since 1892. The early 1920s found them recovering from the effects of the Sette Guigno riots of 1919, during which their residences as well as their flour mill in Strada Pastificio, Hamrun, were burned down.

2. The inspiration behind Farsons branding derives from a bronze statue of Neptune originally situated at the fish market on Lascaris Wharf. It formed part of a large fountain commissioned in 1615 by Grand Master Alof de Wignacourt  to commemorate completion of the aqueduct bringing water from Rabat to Valletta. It now stands on a pillar in the courtyard of the Grand Master's Palace in Valletta and was professionally restored  in 2020.

3. Coincidentally, cisk is also very similar to the first half of the Scicluna surname Scic, which is actually pronounced as Chic, with a k sounding second letter.