AROUND THE MALTESE ISLANDS 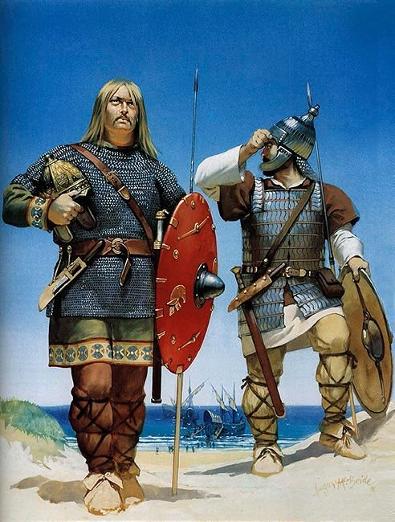 The Vandals or Vandal Tribe were originally of Scandinavian origin who migrated to the East of Germany in around 120 B.C. The 5th Century A.D. would see them become part of the Barbarian Horde, along with other predominantly Germanic tribes, that would bring an end to the Roman Empire in the West.
Sixth-Century Byzantine historian Procopius described them as tall, blonde and handsome.
Under the ambitious King Gaiseric, the Vandals would rise from being a relatively insignificant tribe to one of the major military powers of the Mediterranean, albeit for a short while. 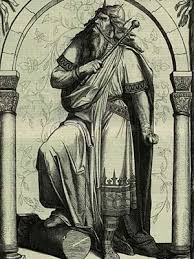 Moving across Europe to Spain and crossing the Strait of Gibraltar in 429 A.D., the Vandals  conquered a huge stretch of the North African coastline and take Roman Carthage in 439 A.D.
This would have major repercussions since North Africa had for many centuries been one of the most important sources of grain and the very breadbasket of Rome.
After the establishment of a new Vandalic Kingdom in Carthage, Gaiseric turned his sword towards the heart of the Empire, with raids against the coasts of both Italy and Greece, and the sacking of Rome in 455 A.D.

The Sacking of Rome by the Vandals

During this period, the Roman Navy in the West had become impotent in countering this threat, and Vandal raids would continue unabated over the next two decades. It is believed that due to Malta's geographical location, such raids must have occurred here too.
By 470 A.D., Sicily, Sardinia, Corsica, Gibraltar and practically all the smaller islands within the Western Mediterrean were under Vandal control.
No evidence survives of any military or administrative establishment of the Vandals in Malta, but  their take-over of the entire region, would logically imply an invasion here too. A number of sources place this at around 455 A.D. 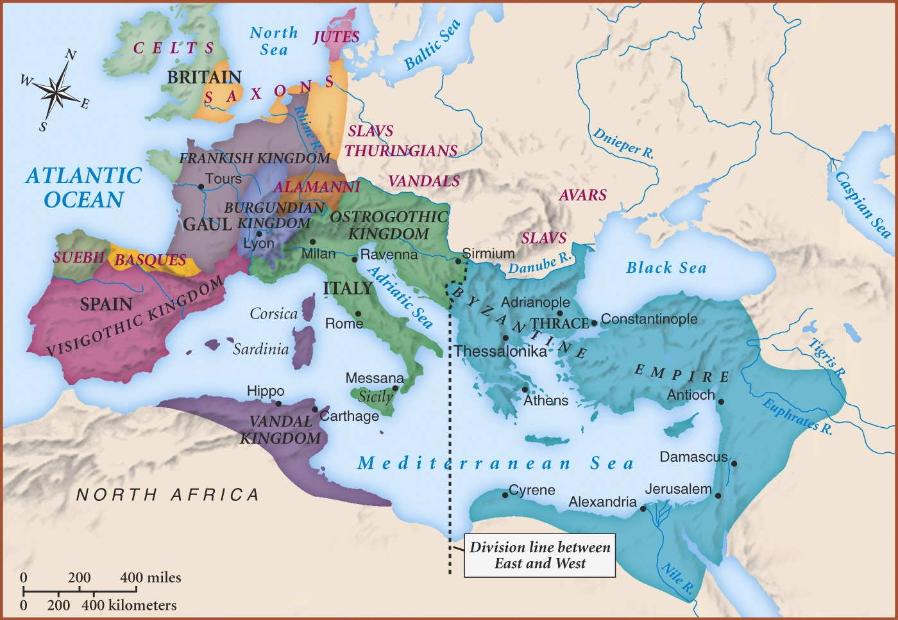 The Byzantines stepped in by launching a number of expeditions, the first of which in 448 A.D.
which got no further than Sicily. In 460 A.D., the Vandals attacked and destroyed a Western Roman invasion fleet at Cartagena in Spain.
Finally, in 468 A.D., a huge Eastern expedition was assembled under Emperor Basiliscus, reputedly numbering 1,113 ships and 100,000 men, but this too ended in disaster.
Some 600 ships were lost and the financial cost nearly bankrupted the Empire, forcing the Romans to come to terms with Gaiseric and sign a peace treaty. 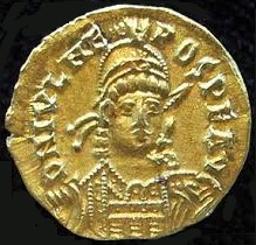 The Vandal threat would only recede after Gaiseric's death in 477 A.D., with much consequence, and territorial losses including most of Sicily over the next two decades.
Then in 533 A.D., Byzantine Emperor Justinian I declared war, taking advantage of internal strife within the Vandal Kingdom. The campaign was part of the Emperor's quest aimed at reconquering the Western Roman Empire's territories lost a century earlier. 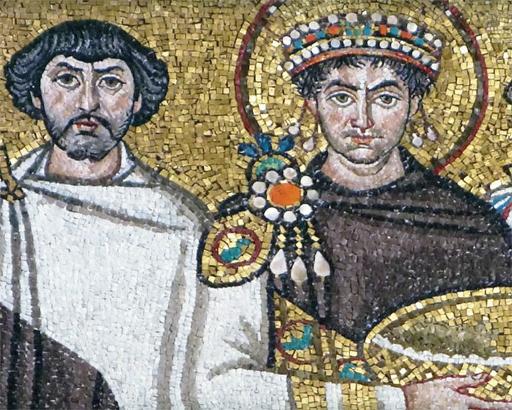 The first documented instance of Byzantine military presence in Malta was due to these events, when General Belisarius landed here while on his way to North Africa in 533 A.D.
Belasarius, often referred to as one of the 'Last Romans' and a military genius, went on to defeat the Vandals and won back most of Italy from the Ostrogothic Kingdom in a series of sieges between 535-540 A.D. The Maltese Islands were duly incorporated to the newly established Byzantine Province of Sicily in 535 A.D. 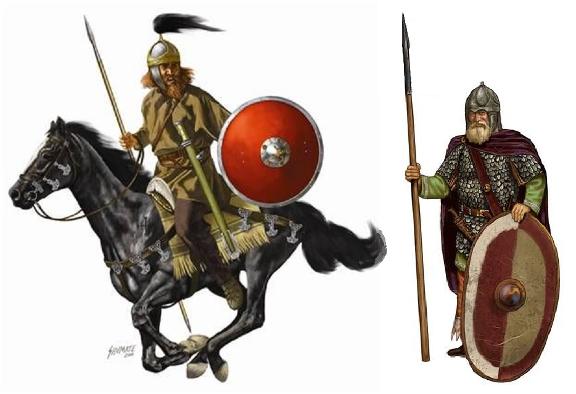 The Ostrogoths and Visigoths were two branches of the Germanic Goths, and shared similar origins to the Vandals. Procopius interprets these terms as Eastern and Western Goths respectively. Between them, they would conquer most of the territories that formerly belonged to the Roman empire in Southern Europe, ranging from Hispania to the Balkans, including mainland Italy.

Under Theodoric the Great, the Ostrogoths invaded Italy in 488 A.D. establishing an Ostrogothic Kingdom with Ravenna as its Capital City. The Byzantines had other plans however and after defeating the Vandals in North Africa turned their attention to Italy in 535 A.D.

The so-called Gothic War lasted for nearly twenty years ending in 554 A.D., leaving Italy devastated.
Rome was Sacked twice by the Ostrogoths under the able command of King Totila in 546 & 550 A.D. The war lasted brought a definitive end to the Ostrogoth Kingdom, but imperial Byzantine rule was soon contrasted by the invasion of yet another Germanic Tribe:
The Longobards

The Longobards founded their own Kingdom of Lombards in 567 A.D.
Unlike the Vandal & Ostrogothic short-lived kingdoms, the Lombards would remain in control of most of peninsular Italy until being conquered by Charlemagne in 774 A.D.
However, the close of the 7th century A.D. presented a new threat in the form of Islamic military expansion.

From a local perspective, the Byzantine administration headed by an Archon (civil administrator) was prompted to take measures to counter the rising threat by improving the defences of Malta, under the supervision of a military commander known as a Dux or Drungarios.
A Droungos was a unit of between 1,000-3,000 Men and it is possible that all the above roles were merged and held by one person. A seal from the eight century tends to suggest that the Islands were governed by a senior naval commander and of a local maritime base and squadron.
As far as defences on land are concerned, these were limited to a scatter of Punico-Roman towers and Bronze Age walls. This led to the building of new defensive walls in a number of sites such as that of tas-Silg, then a Monastery. The Byzantines could have also been the first to reduce the size of Melita for defensive purposes. 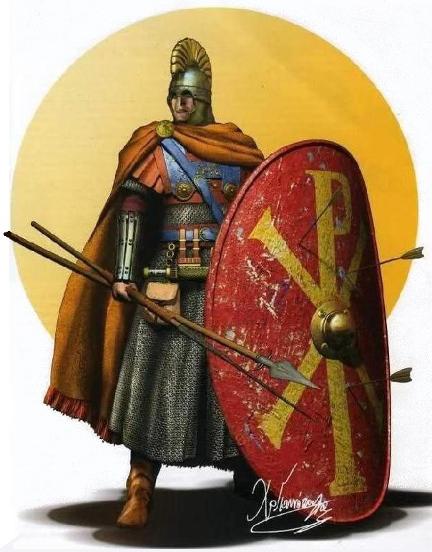 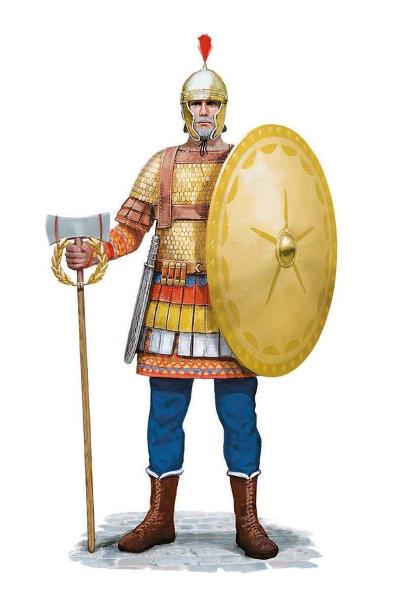 These measures eventually proved futile, and in 870 A.D. Malta was occupied by Aghlabid Muslims from North Africa, led by Halaf al-Hādim.
There are some discrepancies about the actual year of the Arabic invasion, and some historians argue that it was more likely 868/9 A.D., while others state this could have been even earlier, given the first landings in Sicily go back as far as 827 A.D.
It is highly probable that our Islands were subject to incursions between these dates.
Very limited traces of fortifications and the presence of a naval base hint at the possibility that the Byzantines focused their defence at sea rather than on land. This would not be surprising given the strength of the Byzantine Empire has often been closely tied to its maritime forces and capabilities.

The Aghlabid attack on Malta began when the Byzantine city of Melita, ruled by governor Amros (possibly Ambrosios), was besieged for a number of weeks or months.
Al-Hādim was killed in the fighting, but the siege was maintained under Sawāda Ibn Muḥammad, sent from Sicily for this purpose.
After Melita fell to the invaders, the inhabitants were massacred, the city was destroyed, its churches looted and stripped of their marble which was used to build the castle of Sousse.
Some twenty years after the loss of Malta, the Byzantine fleet suffered a heavy defeat off Milazzo (Sicily - 888 AD), leading an absence of major activities in the sea around Italy for the next 100 years.

The Byzantines returned despite their losses, with various futile attempts to reconquer the Maltese Islands. The last of these was in 982 A.D., but its failure would allow Arab control to remain until the Norman invasion of 1090.

Some images may have been cropped, resized or altered for better clarity & presentation
All Rights Reserved - AAFM Narrative & Layout Copyright 2009-2022